The Independent National Electoral Commission (INEC) has called for an enhanced application of alternative dispute resolution (ADR) mechanisms in the resolution of election disputes.

INEC said its position was informed by its experience over the years and the inadequacy of existing traditional administrative and litigation methods of resolving election-related disputes.

INEC’s Secretary Mrs Augusta Ogakwu, who identified the many attributes of ADR, said it is cost effective and ensure prompt dispute resolution.

Mrs Ogakwu said available options for the resolution of electoral disputes, which before now were limited to “administrative solutions and litigation, were inadequate as the underlying issues could not be handled through these rigid processes”.

The INEC Secretary spoke in Abuja at a public lecture and mock mediation session at the High Court of the Federal Capital Territory (FCT) at the instance of the Institute of Chartered Mediators and Conciliators (ICMC), Abuja branch.

She noted that most electoral disputes arise from the persistent non-adherence to internal democracy by political parties and the unwillingness of political players to play by the rules.

The INEC Secretary said her commission, having realised the benefit of ADR, establish a unit for that purpose in 2009 “with a mandate to propagate and implement the use of ADR in electoral disputes, workplace conflicts and others.

“These extend to aspects of the electoral process in which there is a need for quick intervention or decision that is acceptable to the parties.”

Mrs Ogakwu said INEC, having realised the many benefits of ADR, including being cost-effective and time-saving, the commission intends to continue to employ it in its operations.

ICMC Chairman Abuja branch, Dr N.T.H. Dindi said it was imperative to propagate the need for enhanced deployment of ADR to electoral disputes as the nation prepares for the next season of general elections.

Dindi added, “We wish to lend our voice to the debate on how we can use mediation as a peace-building mechanism to resolve post-election disputes.” 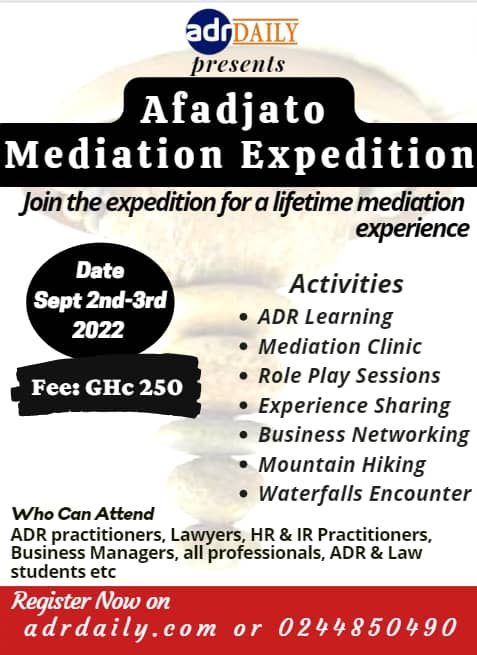 Need Help Getting Your Spouse to the Negotiating Table?