Appropriate Dispute Resolution (ADR) practitioners have lauded the nomination of Justice Sophia Akuffo for the position of Chief Justice to replace Chief Justice Georgina T. Wood who retires next month.

They are optimistic she would pursue outstanding reforms in the judicial system, and especially offer an impetus for the promotion on ADR in the court system.

As the chairperson of the National ADR TaskForce that held nationwide consultations and designed Court-Connected ADR Programme, analysts are optimistic that she would bring a lot to bear in further promoting the programme that is found to be productive in reducing the burden on the courts.

Emmanuel Kwashie Acolatse, a lawyer and Senior Partner at Candid Management & Financial Consultancy, says although some successes have been achieved under the Court-Connected ADR Programme, a lot more is expected under the leadership of Chief Justice Akuffo.

Last year, a total of 1,373 cases in general were mediated through the ADR process, out of which 605 cases were settled, representing 44 percent, under the national Court-Connected ADR Programme.

In line with the ADR Act, 2010 (Act 798), the Court-Connected ADR Programme has been extended to 67 district and circuit courts across the country, with at least three mediators assigned to each of these courts.

But Mr. Acolatse, in an interview in Accra, noted that “there is more room for improvement giving the benefits of ADR.”

“ADR is already part of the court system, and I believe we have seen some of the shortfalls in the programme which I trust that the new Chief Justice will help to amend.

“The criticism is that although the court system favours ADR, the same court system has the potential of intruding ADR,” he said.

Like other practitioners, Mr. Acolatse remains optimistic of a rapid progress of ADR into all sectors of the economy, but noted that that would also depend on how the court system promotes ADR.

“The law is a living organism, and it must grow,” he said, but indicated that “there is more room for improvement.”

The outgoing Chief Justice in 2001, set up a Task Force, chaired by the incoming Chief Justice, to determine the appropriate and customized policy direction that incorporates ADR in the Court-adjudicated process.

Based upon the recommendations of the Task Force, Chief Justice Wood issued a policy directive adopting and incorporating the Court-Connected ADR as a core component of the justice delivery system in Ghana as an option to parties whose cases are pending in the courts.

The programme was piloted in selected District Courts in Accra and Tema between 2005 and 2007, with encouraging results, and an ADR  Practice Manual was launched to guide practitioners and later reviewed to be in tune with the ADR Act. 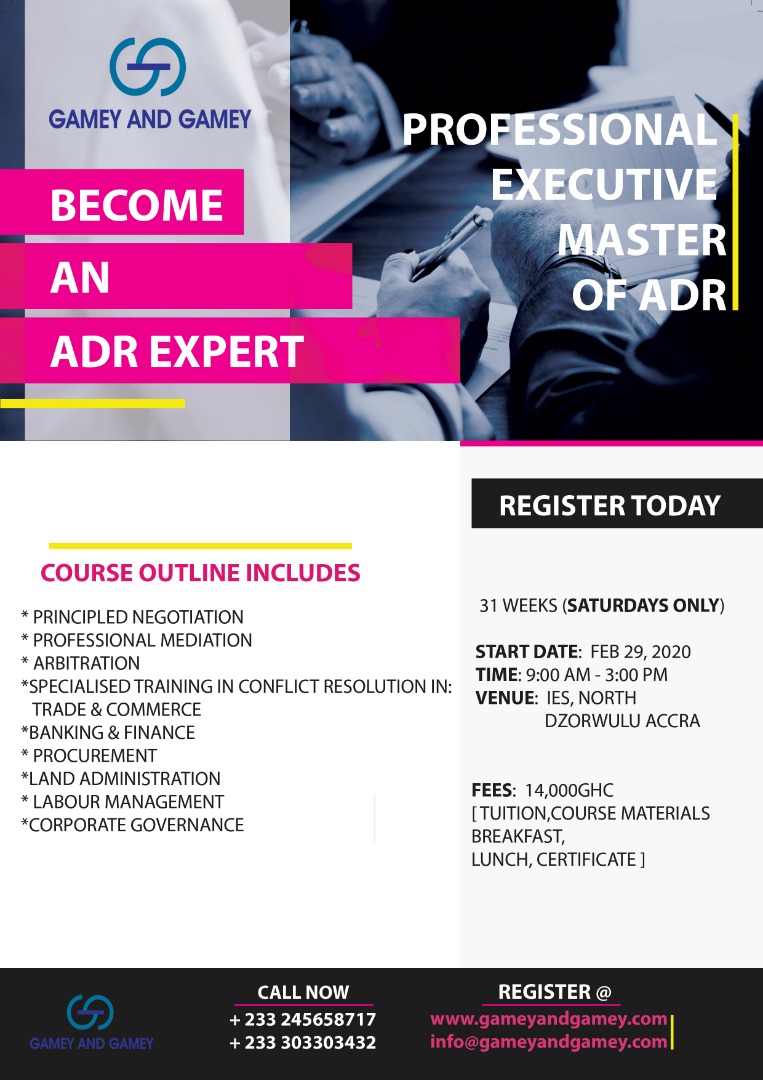